Prof. Akinbola writes: "While the contentiousness of community has been taken up by several scholars in African and African Diaspora Studies, there remains a tension between the knowledge that family and community is messy and complicated, and the romanticization of the type of belonging that is speculated to have been experienced by Africans prior to colonization and even still today for those “who never left.” The theme of this mini-series, “Queering Belonging,” speaks to work that disrupts overly simplified and romantic conceptualizations of belonging and community in African contexts. In this series Bimbola Akinbola, Xavier Livermon, Keguro Macharia, and Tiffany Mugo, consider how community, family, and kin are being redefined and reimagined on the African continent and in the diaspora. By reflecting on queer approaches to belonging and other articulations of non-normative relationality in African and diasporic contexts,  they consider how taking a deep look at where and how people find belonging leads to a more expansive and liberatory understanding of the nature of community and kin." 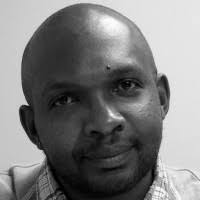 Keguro Macharia is an independent scholar from Nairobi, Kenya. Macharia's scholarship explores the relation between difference and freedom across the Black Diaspora, focusing specifically on the seam between Africa and Afro-diaspora. Macharia is the author of Frottage: Frictions of Intimacy across the Black Diaspora (NYU Press, 2019), winner of the 2020 Alan Bray Memorial Prize. Other writing has appeared in Brick, GLQ, Research in African Literatures, The Cambridge Companion to Queer Studies, and The Queer African Reader. Macharia blogs at gukira.wordpress.com and is on Twitter as @keguro_. 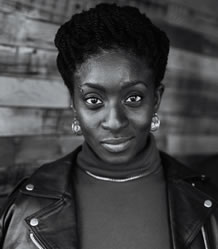 Bimbola Akinbola is an Assistant Professor in the Department of Performance Studies at Northwestern University. Working at the intersection of performance, visual culture, and literature, Bimbola’s scholarly and creative work is concerned with conceptions of belonging and queer worldmaking in African diasporic cultural production. She is currently working on her first book manuscript which examines the creative work of contemporary Nigerian diasporic women artists whose work, she argues, strategically utilizes disbelonging as a critical tool and strategy for queer worldmaking. View more of her work at binbolakinbola.com. 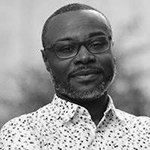 Xavier Livermon is an Associate Professor in the Feminist Studies Department at University of California, Santa Cruz. Livermon’s research exists at the intersection of popular culture, gender, and sexuality in post-apartheid South Africa and the African Diaspora. His first book Kwaito Bodies: Remastering Space & Subjectivity in Post-apartheid South Africa was published in 2020 with Duke University Press. He is also the co-editor along with Adrienne Davis and the BSE Collective of Black Sexual Economies: Race and Sex in a Culture of Capital. He has published widely in the fields of African Popular Culture and African Queer Studies in journals including GLQ, Feminist Studies, and Black Music Research Journal. His research interests include African Cultural Studies, Black Popular Music, Black Performance, Black Queer Studies, HIV/AIDS, and African Diaspora Studies.

Tiffany Kagure Mugo is co-founder and curator of Hub of Loving Action in Africa (HOLAA!) a Pan Africanist hub (http://holaafrica.org/) that chronicles and gives information about sex and sexuality in the African context. She is a columnist, a podcast host and author of the  book Quirky Quick Guide to Having Great Sex, as well as a two time Ted speaker. She also contributes to various platforms writing about sex, sexuality and politics. She is on the board of the FRIDA Fund and was previously an Open Society Youth Fellow. You can find her on instagram @kagsmugo and HOLAAfrica on I.G @insta_holaa or twitter on @HOLAAfrica.